The Eagles wrapped up the U-S portion of their tour a few weeks ago in Honolulu. They’ve taken a break for the holidays, and soon they’ll be getting ready to head back out on tour- this time down in Australia.

This weekend, we’ll also go down under- we’ll listen to a legendary Eagles performance from their “Farewell One Tour.” It was captured live at the Rod Laver Arena in Melbourne on November 17th, 2004.

Don’t miss Rock and Roll Hall of Famers, The Eagles! They’re headlining the next Live in Concert. 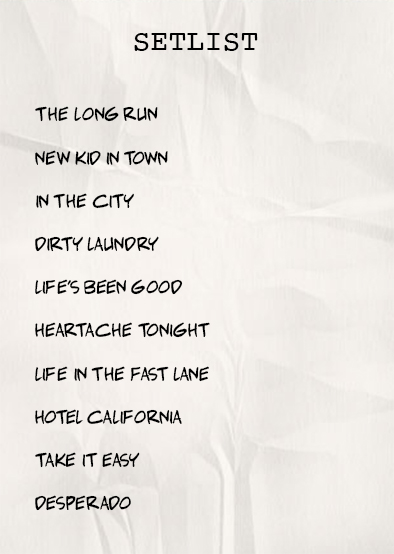